by Brian Hieggelke
November 3, 2014Filed under: 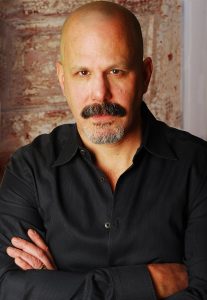 Newcity is pleased to report that Robert Rodi has joined our staff as Assistant Music Editor. In this role, Robert will take the lead in planning and executing Newcity’s coverage of Chicago’s extensive and energetic live music scene. Robert writes fiction and nonfiction and has authored ten books; he’s published arts criticism in Chicago Tribune, Los Angeles Times, salon.com and Newcity, and blogged about Chicago music for Huffington Post.

He’s also active on the music scene as the host of Robert Rodi & Friends, a monthly jazz jam session, and as the front man of the prog rock band 7th Kind. In December he begins a residency at Uncommon Ground on Devon, where he’ll host a monthly Sunday jazz night. He holds a BA in Communication from Rollins College. Robert is a Chicago native, and lives on the North Side with his partner and a constantly shifting number of dogs.

All pitches for music coverage should be sent to Robert at [email protected].