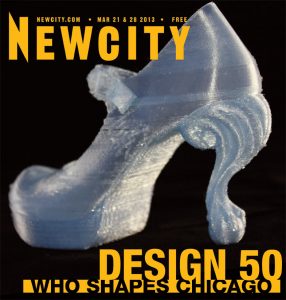 It’s been a tough seven days in our industry, as word that our friends at Boston Phoenix and now Timeout Chicago are turning out the lights on their print publications. We’re heartbroken for all our friends at both companies who are losing jobs, and send them our best.

It’s easy in such times to write headlines about the end of ALL print, and maybe they’re right, but we don’t think so.

We just published the inaugural edition of Design 50 this week, and with it, finished our first quarter of 2013 in terms of print. Revenues for the quarter are up 33 percent over the same period in 2012; March revenues are 42 percent greater than March of 2012, even though we published one more issue last year in the month.

Average circulation increased more than 27 percent in 2012 over the prior year.

Does this mean we’re on easy street? No, we still have much ground to make up after a very challenging last ten years, but we are cheered by the velocity and momentum this year so far.

This week’s launch of Design 50 marks the debut of expanded coverage of fashion, home, architecture etc. and will be accompanied by the launch of a companion web site dedicated to the topic, Newcity Design (design.newcity.com) on Friday.