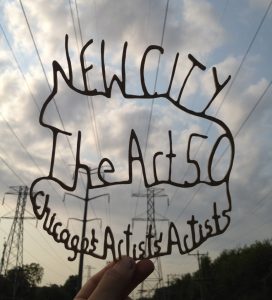 For nearly two decades, Newcity has identified Chicago’s cultural leadership through its lists of the city’s top players in the literary, visual art and performing arts realms, as well as music and dining. These issues, which include Lit 50, The Players and The Art 50, are our most-discussed editions of the year, as we alternate each year between the artists themselves and the behind-the-scenes “powers” in the field.

In 2013, we’re going to take it up another notch, resuming both Music 45 and The Big Heat and adding two more in the series, Design 50 (fashion and home), and Film 50 (movies and television). Each edition will be printed on higher-quality paper in a bound (stitched and trimmed) format, enhancing their already long shelf life. For institutions and brands interested in marketing to a wide array of cultural leadership, we’ll offer series pricing for advertising in all of the editions.

The Leaders of Chicago Culture Series 2013

10/3/13 Film 50: The leading lights of Chicago’s movie and television world